Classification of Contract deals with the various of classes of contract that are legally enforceable. 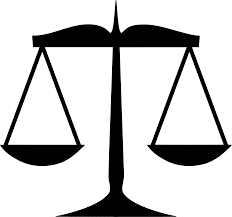 Truly, Educareguide wants to explore this sub-topic under law of contract.

Certainly, we have detailed notes the classification of contract as to its relation to business. Though the content may sound a bit technical, you should not be scared of these contractual terms.

Indeed, the Classes of contract are:

Certainly, we have already looked at the meaning of contract in our previous article. For this reason, you can refer to that for the purpose of revision.

When we mention classes, we are referring to the various forms of something. Now let’s look at the explanation of the classes of contract:

Nature And Classification of Contract

Really, we are considering three main types of contracts in this article. Thus read the notes below to find out the nature of this contract, and how they differ from each other.

Simple Contract: – It is a contract that are not made in any official state though legally binding on the parties. These king of contract may not be signed and sealed under formal circumstances.

However, the parties to the contract make promises to each other that are legally binding. This means that even an oral contract is enforceable so long as evidence could be admitted before a court of law.

Specialty Contract: – These are contract made in official states. This means that they are written, signed, sealed and delivered.

Example, a land agreement must be made in a state known as indenture to be considered official.

If it is made in any other form, then the parties risk of loosing under the contract. Certainly, specialty contract falls under classification of contract according to enforceability.

Contract of Records: – Contract of records comes about when a judgement  of a court imposes a contractual responsibility on a person to perform an act.

Example, if Yaw does not take care of his son and a court imposes a liability of $1,000 per month on him to take of the son.

The payment of the $1,000 becomes a contract of record. Indeed Contract of Records falls under classification contract according to performance.

Examining Bodies to ask the question “What are the classification of contracts?”

In conclusion educareguide would say that the are classification of contract. You should therefore be mindful of which type of contract you are entering into and the various ingredients that must be present for the contract to be enforceable. Thanks.

We use cookies on our website to give you the most relevant experience by remembering your preferences and repeat visits. By clicking “Accept”, you consent to the use of ALL the cookies.
Cookie settingsACCEPT
Manage consent

This website uses cookies to improve your experience while you navigate through the website. Out of these, the cookies that are categorized as necessary are stored on your browser as they are essential for the working of basic functionalities of the website. We also use third-party cookies that help us analyze and understand how you use this website. These cookies will be stored in your browser only with your consent. You also have the option to opt-out of these cookies. But opting out of some of these cookies may affect your browsing experience.
Necessary Always Enabled

Any cookies that may not be particularly necessary for the website to function and is used specifically to collect user personal data via analytics, ads, other embedded contents are termed as non-necessary cookies. It is mandatory to procure user consent prior to running these cookies on your website.